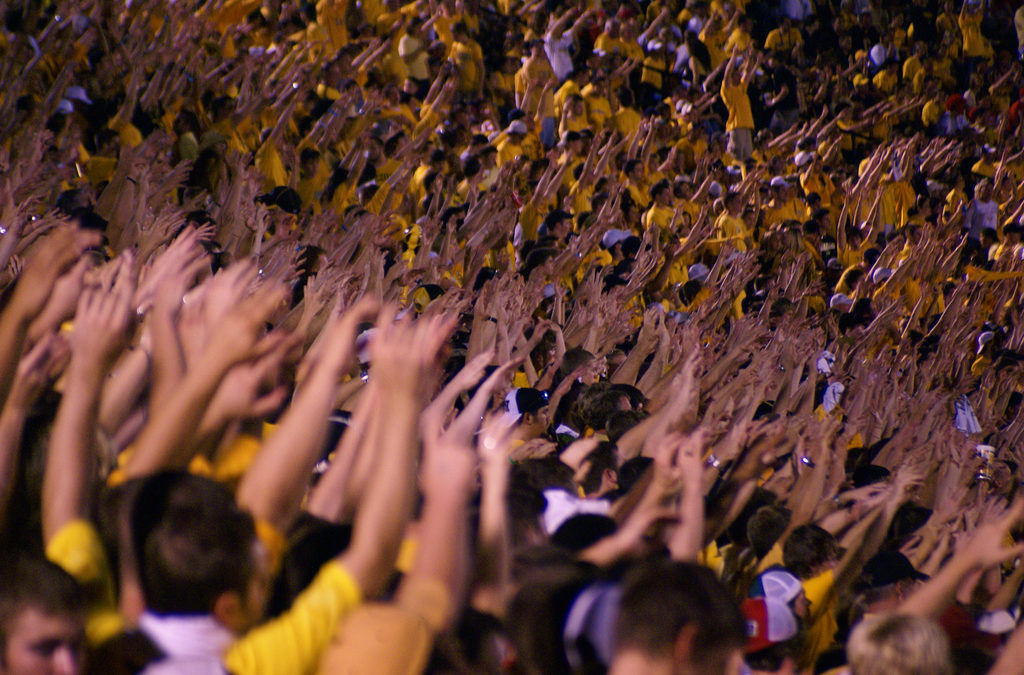 If you’ve ever enjoyed a homecoming football game, parade, or event, you can thank the University of Missouri (UM) for inventing the tradition! They’re credited for hosting the first collegiate homecoming in the U.S. in 1911, when the athletic director invited graduates to “come back home” for the football game against the University of Kansas. Since then, they’ve incorporated many traditions into the weekend and have become known for hosting the best homecoming celebration in the nation. The Council for Advancement and Support of Education describes Mizzou as homecoming veterans, and they encourage other schools to take note from them when planning their own celebrations. Here are Mizzou’s most popular homecoming traditions.

UM hosts an annual homecoming blood drive during October. The drive is the largest college-based blood drive in the nation. Over 4,374 units of blood were collected at the 2016 drive, saving 13,122 lives! UM students show their charitable spirit by coming together for this worthwhile cause. Donation locations, dates, and times can be found on the MU Alumni website.

Greek life chapters come together to host an annual homecoming talent show in Jesse Hall. Fraternities and sororities craft sketches to entertain and humor their fellow Tigers. Students not involved in Greek life are also encouraged to participate by auditioning to be a talent act performed between skits. The audience will get to see a variety of acts, including comedy sketches, dance routines, musical performances, and more! Shows take place three nights in a row during the week of the homecoming football game.

One key factor in revving up campus spirit for homecoming week is decorating! Each year, a theme is chosen, which students, faculty, and alumni create decorations around. Hundreds of hours go into designing, constructing, and placing the decorations around campus. Everyone is invited to come together in Greek Town to make and set up decorations on the Friday before the game.

On the Friday prior to the big game, the Homecoming Spirit Rally features Marching Mizzou, the Mizzou Cheerleaders, the Golden Girls, and Truman the Tiger! The rally takes place at Traditions Plaza, campus’ newest landmark on the Carnahan Quadrangle. It’s the perfect location and event to get pumped up for the big game!

The homecoming parade takes place on Saturday morning prior to the football game. The marching band, cheerleaders, dance team, and other student organizations parade around and through campus to fill everyone with Tiger pride for the upcoming game. Many local organizations also take part in the parade by decorating a car, float, or banner. The energy and excitement isn’t something to miss, and is definitely worth waking up early for!

The Tigers take on a rival team at home in Memorial Stadium on Faurot Field. The Mizzou Tigers are a member of the Southeastern Conference (SEC) and compete in the NCAA. Up to 2017, they have accumulated 15 conference championships and five conference division titles. The homecoming king and queen are announced during halftime. Tickets and schedules can be found on the MU football website.

Wearing a large golden mum with a black ribbon was a popular tradition at MU in the 1950s and 1960s that has come back again. Participation in this classic tradition pays homage to the history of MU’s homecoming as the first celebration of its kind. Previously, only homecoming dignitaries were able to wear the mums, but the renewed tradition encourages everyone to sport a golden mum to the football game and throughout the weekend events.